Bathroom Design At The Curtain

Following our in-depth tour of The Curtain last week on the blog, it’s now time to have a more detailed look at the C.P. Hart-designed bathrooms within Shoreditch’s newest hotel. Led by Julia Dawes from our Contracts team, the project involved designing and sourcing the bathrooms in 120 guest rooms, as well as the public and members’ areas. Julia worked alongside designer, Chris Michero, of Texas-based firm, Design Duncan Miller Ullmann, to turn his concept into reality. 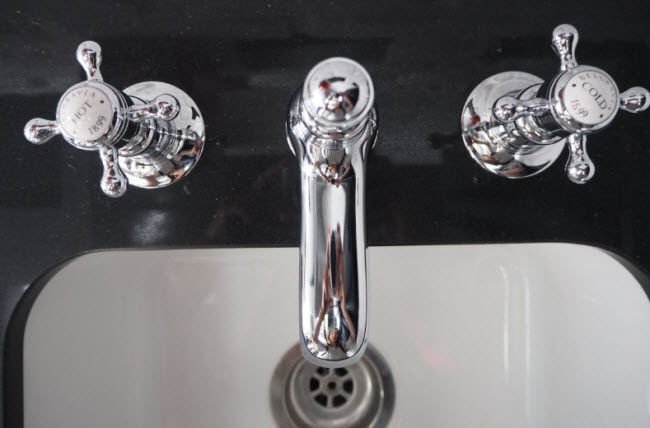 When Julia got involved in the project, the specification was US compliant, using products that were mostly only available in the US. Therefore, since these products were not UK compliant – i.e. WRAS and water regulations hadn’t been considered – Julia saw this as an opportunity to help Duncan Miller Ullmann and the main contractor, Bouygues, re-spec the products and achieve the look they wanted, all within budget.

As you will have read in the previous post, the style of the hotel is eclectic, to say the least. There’s modern industrial mixed with uptown chic, 70s disco mingled with gentleman’s club, and the Med meets the New York boroughs, all with a hefty dose of whimsy. With every bathroom we saw on our visit, the vibe was completely different. 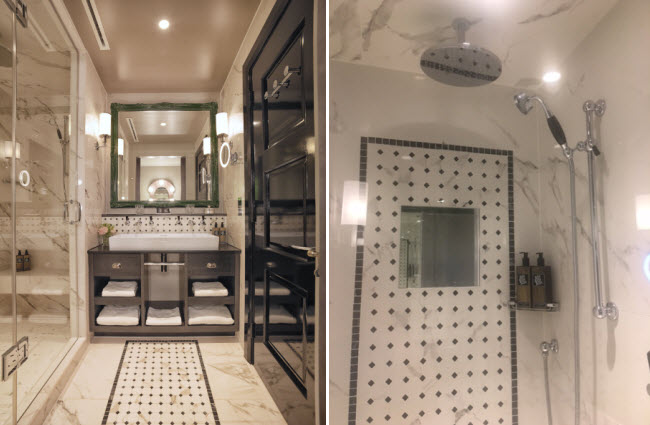 The showers provide lavish surrounds in which to luxuriate, with large Crosswater shower heads and bespoke-length shower arms, and Waterloo shower valves to accompany the basin taps, engraved with The Curtain’s branding. The star of the show is undoubtedly the Effegibi Touch steam generator – it’s the first time steam generators have been used in a London hotel, and with one featuring in each of The Curtain’s ensuites, there are set to be some very pampered guests in the capital. 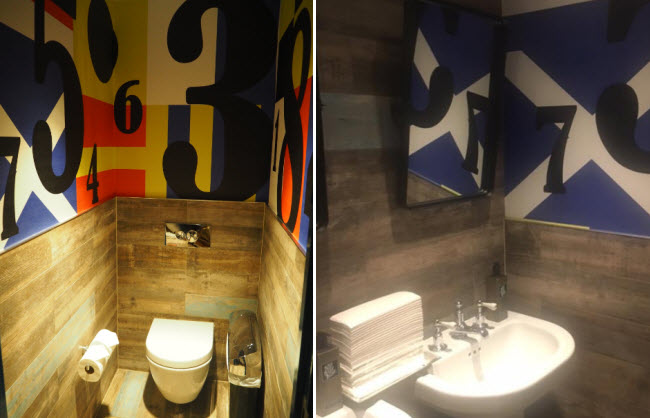 The bold print of the wallpaper is the first thing that catches your eye in the WCs by the rooftop lido. It’s both striking to look at and tactile to the touch. Classic selections like C.P. Hart’s Canova Royal pedestal basins with Waterloo taps, and Duravit Starck 3 wall-mounted pans ensure that, while stylish, they complement rather than compete with the colourful decor.

With such strong design statements being made in the restaurants – Tienda Roosteria and Red Rooster – an equally prominent aesthetic in the adjoining bathrooms needed to be achieved. As you can see, this was accomplished in spades. Bright orange walls and tribal prints on the doors are paired with concrete trough-style basins and matte black taps. In the stalls, Julia opted for London back-to-wall pans with soft-close seats, and Viega flush plates. 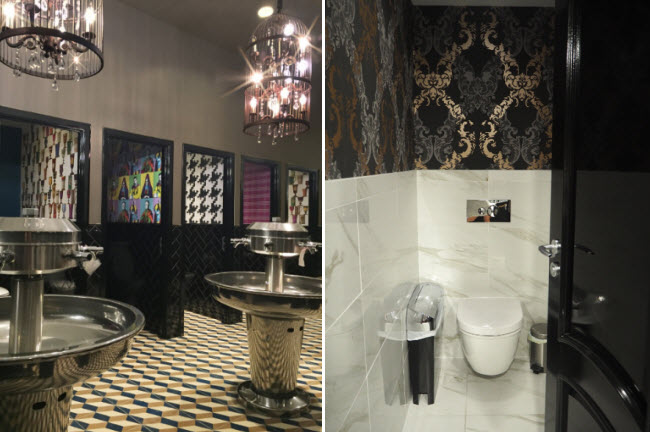 You’re met with a glorious clash of prints in one of the members’ area bathrooms. But alongside this style comes plenty of substance. C.P. Hart selected Caroma Profile toilets with integrated basins on top of the tank – this innovative design saves water by using water from the outlet to wash your hands before it fills the cistern. The freestanding steel wash fountains in the centre of the room are a fun touch. Elsewhere in the members’ area, C.P. Hart Canova Royal underbowls were matched with Crosswater Belgravia Crosshead taps for a classic finish.