Bathroom Design At
The Department Store

Last week on the blog we took a tour of The Department Store, a newly renovated office building in Brixton, which is now the headquarters of architectural practice, Squire & Partners. But the firm don’t just occupy the space – they were the creative force behind the transformation. Layers of history are evident throughout the former Edwardian department store, mingling effortlessly with modern touches and finishes. There’s a sense of decay and a sense of polish, all at the same time. A theme that continues in the staff bathrooms and shower rooms.

This project was led on the C.P. Hart side by Julia Dawes from our Contracts division. It was important that the strong design aesthetic was mirrored in the WCs to prevent a disconnect of styles. This uniformity is evident in elements such as the colour palette and raw concrete floors. 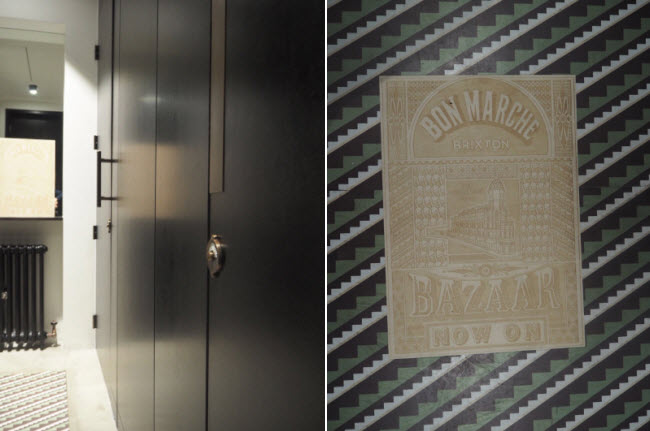 There are separate male and female WCs on each floor in an annexe. Spa-quality facilities were incorporated, including hand towel dispensers, vanity shelving and brass-framed individual mirrors. Samuel Heath’s Landmark brassware in an unlacquered brass finish and antique brass bottle traps from the same range were chosen to maintain the industrial feel that permeates the rest of the building. 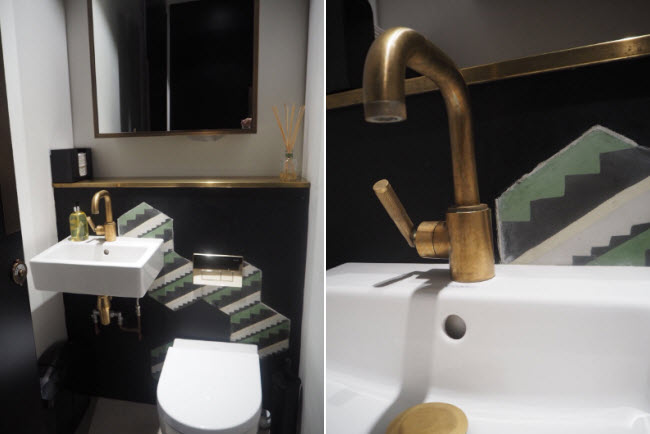 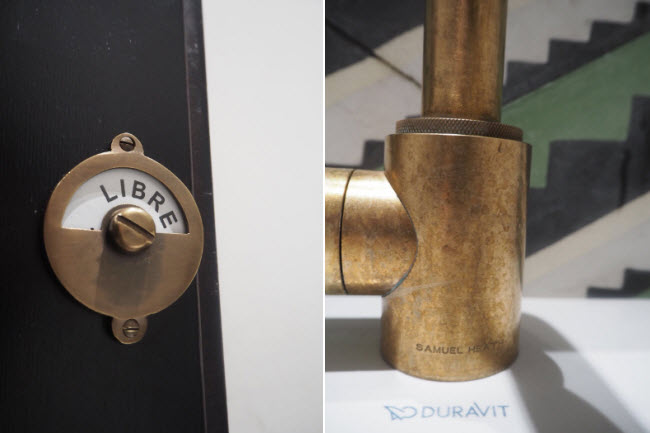 The shower rooms located on the lower ground floor next to the bike storage room have utility at their core, but also flaunt plenty of style. And there’s a beautiful contrast between the plaster finish on the walls and the sleek black doors with Samuel Heath brass door handles – the well worn and refined go hand in hand. 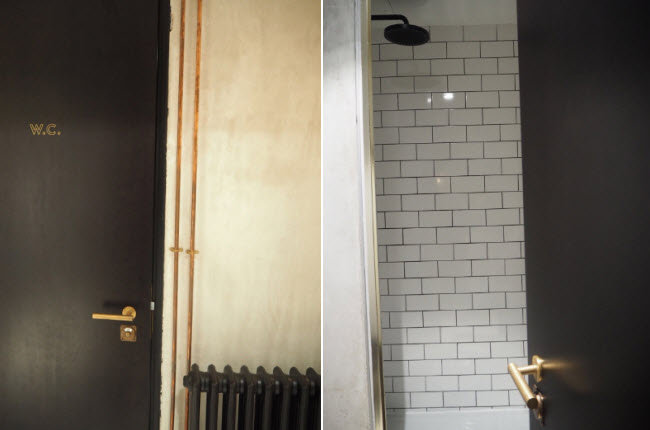 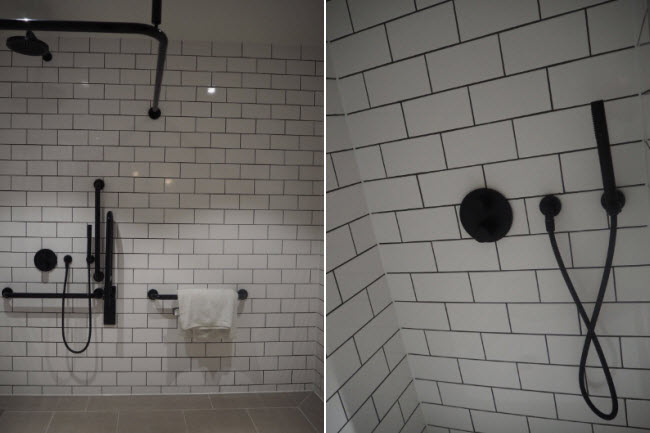